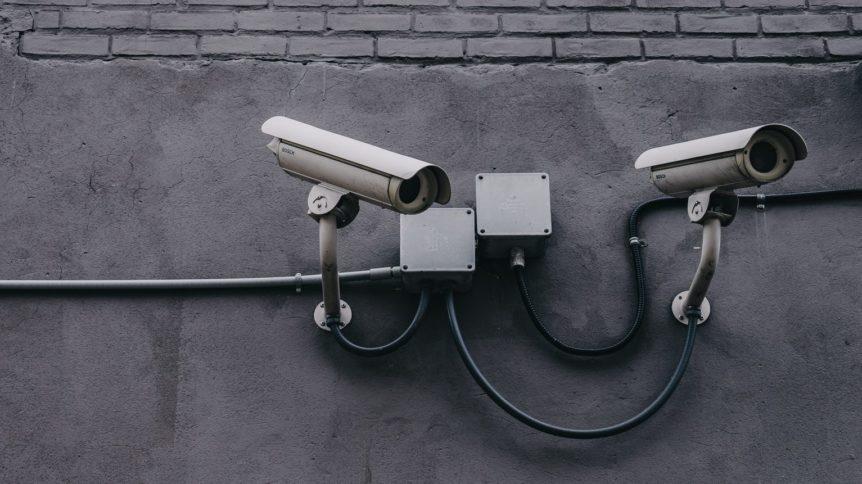 Ivacy VPN, the VPN that suddenly got so popular because of their affordable prices and, based on their claims, fast speed and zero-log policy. I heard about it around a year ago from a friend, who had some compliments and complaints about it.

When I was comparing VPN providers for a blog post, I had Ivacy VPN on my draft. I have even registered for their affiliate program. However, recalling the issues my friend had with them made me cross them off the list.

Couple weeks ago, on 8th of April, I have written a blog post about how to set up a personal VPN to bypass censorship. After few days, on April 19, I received a comment on the post. Below is a screenshot of the comment: 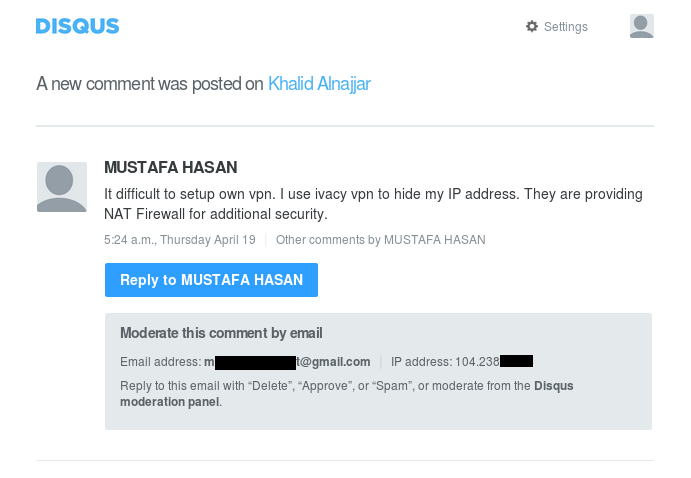 Initially, I thought that this is a comment by an Ivacy fan. Even though his comment is not on the post itself, suggests a VPN and is misleading, I wanted to reply back and educate him a bit. Two days later, I open my website to write my comment and poof, his comment was deleted. I thought, maybe he realised his mistake and deleted it.

On 9th of May, I received another comment on the post! Woohoo, finally some people reading my posts and interacting with them. I opened my email to read the comment and saw this:

What a coincidence, two different comments suggesting that configuring a personal VPN is hard while it literally takes few minutes. Also, this new comment says that I have stated that Express VPN is the best VPN (which I did not, so clearly an automated comment). And, if you have not noticed yet, both comments suggested Ivacy VPN. At this moment I knew they are fake and spam comments. I went ahead and searched for the geo-location of both IPs, and found that both of them belong to Australia with the first one being owned by a VPN.

In addition to all the evidence above, what makes me believe that it is Ivacy and not Ivacy-stans is that the comments did not include any affiliate links. So whoever has commented is not benefiting at all from suggesting Ivacy, which makes Ivacy VPN the only gainer.

I have zero tolerance for spammers. Hence, I have decided to write this blog post to warn people. If you were looking for some good VPN providers, check out this post. Alternatively, follow the instructions in this article to create your own VPN. Lastly, the above is just my opinion based on the occurred events, and I am not stating that Ivacy VPN is actually spamming; however, I believe so.

Update: It is clear that my blog is not the only place that receives fake positive, i.e. spam, reviews about Ivacy VPN, as Reddit is also getting actively spammed by them.

TL;DR: I suspect that Ivacy is hiring people or having bots to comment non-genuine reviews and comments of their VPN. As a result, I would not recommend them and would stay away from them.